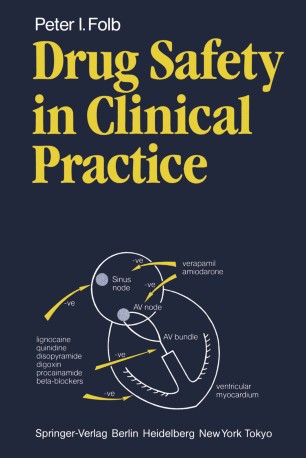 Drugs may cause disease, or they may aggravate the morbidity of the condition for which they are prescribed, and certain patients may for one or other reason be particularly liable to drug injury. The inextricable relationships between the toxic profiles of drugs, the natural history of the diseases for which they are given, and the adverse drug effects that may develop in the course of such diseases are of considerable interest. It is the study of these rather neglected aspects of pharmacology and therapeutics which has formed the basis of this book. An explanation is required of the approach and the style which have been followed. The monograph does not purport to be comprehensive. Only important drug groups which are commonly used in practice are considered. Emphasis has been placed on achieving maximum benefit and safety of the appropriate drugs in the management of common illnesses. When treatment fails, either ab initio or subsequent to an initial response, the risk-benefit relationship of drugs inevitably alters. For this reason the main factors responsible for treatment failure have been considered, with special attention to the possible contribution of or implications for drug therapy in such a situation. Finally, proposals have been put forward for improving the diagnosis and reporting of adverse drug effects. In order to be practical and, as far as possible, constructive it has been necessary for me to "take a position" on numerous issues.