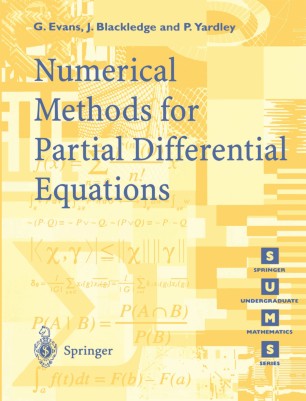 The subject of partial differential equations holds an exciting and special position in mathematics. Partial differential equations were not consciously created as a subject but emerged in the 18th century as ordinary differential equations failed to describe the physical principles being studied. The subject was originally developed by the major names of mathematics, in particular, Leonard Euler and Joseph-Louis Lagrange who studied waves on strings; Daniel Bernoulli and Euler who considered potential theory, with later developments by Adrien-Marie Legendre and Pierre-Simon Laplace; and Joseph Fourier's famous work on series expansions for the heat equation. Many of the greatest advances in modern science have been based on discovering the underlying partial differential equation for the process in question. James Clerk Maxwell, for example, put electricity and magnetism into a unified theory by establishing Maxwell's equations for electromagnetic theory, which gave solutions for prob­ lems in radio wave propagation, the diffraction of light and X-ray developments. Schrodinger's equation for quantum mechanical processes at the atomic level leads to experimentally verifiable results which have changed the face of atomic physics and chemistry in the 20th century. In fluid mechanics, the Navier­ Stokes' equations form a basis for huge number-crunching activities associated with such widely disparate topics as weather forecasting and the design of supersonic aircraft. Inevitably the study of partial differential equations is a large undertaking, and falls into several areas of mathematics.