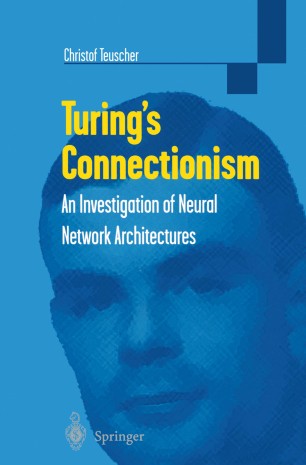 An Investigation of Neural Network Architectures

Alan Mathison Turing (1912-1954) was the first to carry out substantial re­ search in the field now known as Artificial Intelligence (AI). He was thinking about machine intelligence at least as early as 1941 and during the war cir­ culated a typewritten paper on machine intelligence among his colleagues at the Government Code and Cypher School (GC & CS), Bletchley Park. Now lost, this was undoubtedly the earliest paper in the field of AI. It probably concerned machine learning and heuristic problem-solving; both were topics that Turing discussed extensively during the war years at GC & CS, as was mechanical chess [121]. In 1945, the war in Europe over, Turing was recruited by the National Physical Laboratory (NPL)! in London, his brief to design and develop an electronic stored-program digital computer-a concrete form of the universal Turing machine of 1936 [185]. Turing's technical report "Proposed Electronic 2 Calculator" , dating from the end of 1945 and containing his design for the Automatic Computing Engine (ACE), was the first relatively complete spec­ ification of an electronic stored-program digital computer [193,197]. (The document "First Draft of a Report on the EDVAC", produced by John von Neumann and the Moore School group at the University of Pennsylvania in May 1945, contained little engineering detail, in particular concerning elec­ tronic hardware [202].