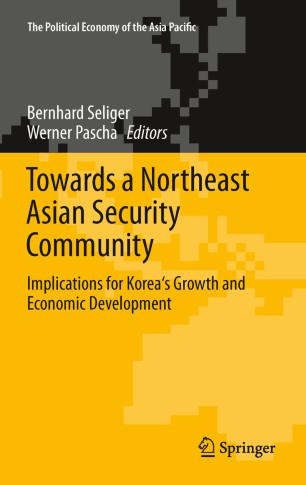 Towards a Northeast Asian Security Community

The Northeast Asian security environment is closely linked to Korea’s growth perspectives for the future. The spectacular rise of the South Korean economy in the past half century, also known as “Miracle on the Han River,” has been duly highlighted as one of the most successful cases of economic development worldwide. However, among the factors curbing South Korea’s growth perspectives has been, from the very beginning of its rise, the coexistence of the difficult neighbour to the North, Democratic People’s Republic of Korea. While in the cold war this coexistence has been taken as inevitable, after the end of the cold war there were hopes to overcome this obstacle to further growth either through collapse or enhanced cooperation with the North, neither of which became reality. North Korea’s unprecedented aggressiveness and development of long-range ballistic missiles and nuclear devices, made this threat truly an international question with multilateral talks coming into existence as ad-hoc measures to cope with the nuclear crisis. It was then that the idea of a Northeast Asian Security Community was born. The contributions in this book discuss how a peaceful solution of the security problems could not only enhance stability of Korea’s economy and reduce the defense burden considerably (the so-called peace dividend), but would facilitate regional investments safer and regional solutions for common economic problems. When discussing the possibilities of a security framework or, in an institutionalized form, security community, in Northeast Asia, the authors in this volume are realistic as to not fall into the trap of wishful thinking, which so often has characterized approaches to North Korea resulting in disappointment. The past two years again saw the rising of tensions in Northeast Asia and the masterful way in which even an impoverished and isolated country can play its cards. While it seems a new ice age between the two Koreas is possible, nevertheless and maybe even more than ever the search for a stable security framework for Northeast Asia as a precondition for peaceful economic cooperation and development will go on. The chapters in this volume contribute to the ongoing debate to secure peace and development in Northeast Asia, making this book of interest to both academics and policy-makers alike.