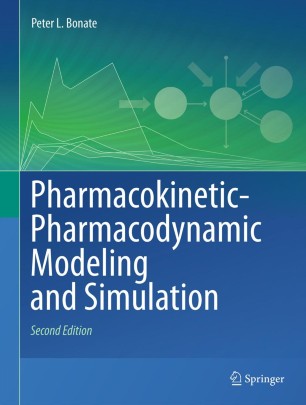 Since its publication in 2006, Pharmacokinetic-Pharmacodynamic Modeling and Simulation has become the leading text on modeling of pharmacokinetic and pharmacodynamic data using nonlinear mixed effects models and has been applauded by students and teachers for its readability and exposition of complex statistical topics. Using a building block approach, the text starts with linear regression, nonlinear regression, and variance models at the individual level and then moves to population-level models with linear and nonlinear mixed effects models.  Particular emphasis is made highlighting relationships between the model types and how the models build upon one another.

With the second edition, new chapters on generalized nonlinear mixed effects models and Bayesian models are presented, along with an extensive chapter on simulation.  In addition, many chapters have been updated to reflect recent developments.  The theory behind the methods is illustrated using real data from the literature and from the author's experiences in drug development.  Data are analyzed using a variety of software, including NONMEM, SAS, SAAM II, and WinBUGS.  A key component of the book is to show how models are developed using an acceptance-rejection paradigm with the ultimate goal of using models to explain data, summarize complex experiments, and use simulation to answer "what-if" questions. Scientists and statisticians outside the pharmaceutical sciences will find the book invaluable as a reference for applied modeling and simulation.