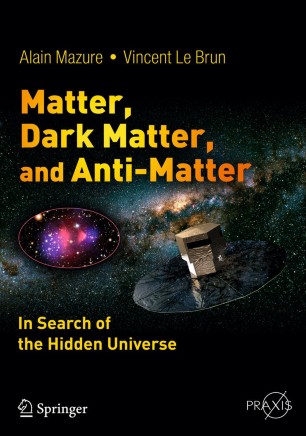 In Search of the Hidden Universe

For over ten years, the dark side of the universe has been headline news. Detailed studies of the rotation of spiral galaxies, and 'mirages' created by clusters of galaxies bending the light from very remote objects, have convinced astronomers of the presence of large quantities of dark (unseen) matter in the cosmos. Moreover, in the 1990s, it was discovered that some four to five billion years ago the expansion of the universe entered a phase of acceleration. This implies the existence of dark energy. The nature of these 'dark; ingredients remains a mystery, but they seem to comprise about 95 percent of the matter/energy content of the universe. As for ordinary matter, although we are immersed in a sea of dark particles, including primordial neutrinos and photons from 'fossil' cosmological radiation, both we and our environment are made of ordinary, baryonic matter. Strangely, even if 15-20 percent of matter is baryonic matter, this represents only 4-5 percent of the total matter/energy content of the cosmos.

Here, authors Alain Mazure and Vincent Le Brun present the inventory of matter, both baryonic and exotic, and investigate the nature and fate of matter's twin, anti-matter. According to the standard model, matter and anti-matter should have been formed in equal quantities. Yet there seems to have been a very slight asymmetry, as yet unexplained, where 100,000,001 particles of matter formed for every 100,000,000 particles of anti-matter! The authors show how developments in technology have led to significant progress in scientific research and how, in tandem with the evolution of new ideas, these advances are helping to lift the cosmic veil.