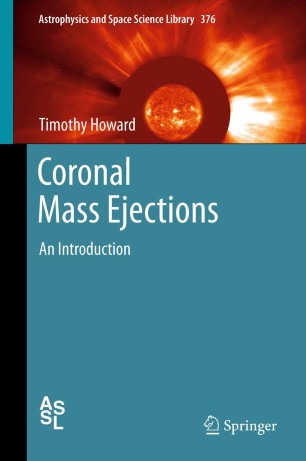 In times of growing technological sophistication and of our dependence on electronic technology, we are all affected by space weather. In its most extreme form, space weather can disrupt communications, damage and destroy spacecraft and power stations, and increase radiation exposure to astronauts and airline passengers. Major space weather events, called geomagnetic storms, are large disruptions in the Earth’s magnetic field brought about by the arrival of enormous magnetized plasma clouds from the Sun. Coronal mass ejections (CMEs) contain billions of tons of plasma and hurtle through space at speeds of several million miles per hour. Understanding coronal mass ejections and their impact on the Earth is of great interest to both the scientific and technological communities.

This book provides an introduction to coronal mass ejections, including a history of their observation and scientific revelations, instruments and theory behind their detection and measurement, and the status quo of theories describing their onset and evolution through the heliosphere. We present the story behind the life of a CME, from its magnetic field origins in the solar corona and photosphere to its eventual fate deep in the heliosphere. The intention is to provide an easily accessible resource for those who are seeking to learn more about this fascinating and crucial natural phenomenon.