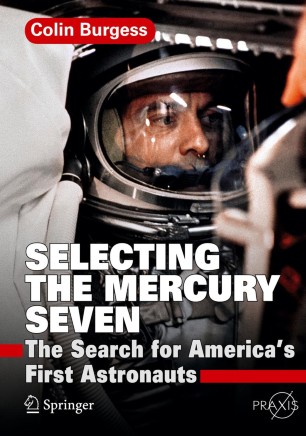 The Search for America's First Astronauts

In January 1959, after an exhaustive search through military service records, a number of Americas elite test pilots received orders to attend a series of top-secret briefings in Washington, D.C. These briefings were designed to assist in selecting a group of astronauts for the newly formed National Aeronautics and Space Administration (NASA) and its man-in-space program, Project Mercury.

Following in-depth medical and psychological screening, 32 finalists were chosen. They would be subjected to the most rigorous, exploratory, and even degrading medical and psychological stress tests ever imposed on the nation's service personnel. NASA wanted the best of the best in its quest for the nation's first astronauts, and this is the story of that search for a group of near-supermen who were destined to become trailblazing pioneers of American space flight.

For the very first time, after extensive research and numerous interviews, the names and amazing stories of those 32 finalists are finally revealed in this book. Only seven of them would ultimately be selected as America's Mercury astronauts, but those responsible for choosing the seven openly concede that it was an incredibly difficult task. They reveal that any of these courageous and superbly talented test pilots could so easily have been selected to fly into space, finding adventure, fame, and lasting renown as one of NASA's legendary Mercury astronauts.

Colin Burgess' first book ("The Diggers of Colditz") was published in 1985. Since that time he has had twenty-three non-fiction books published in Australia and overseas, which includes three co-authored books for Springer-Praxis. With only a few exceptions, all of his published books within the last fifteen years have been on spaceflight. Since 2003 Colin has been the series editor and sometimes author for the Outward Odyssey series of twelve books for the University of Nebraska Press (UNP). Two of his co-authored spaceflight books for this publisher, "Into That Silent Sea" and "In the Shadow of the Moon," were finalists for the 2007 Eugene M. Emme Award for Astronautical Literature, given by the American Astronomical Society. "In the Shadow of the Moon" was also named as "2009 Outstanding Academic Title" by Choice Magazine.

“The author chronicles the testing/selection process of the candidates and includes brief biographies of the finalists. … The book presents more extensive biographies of the entire careers of the Mercury Seven astronauts along with photographs of historical importance. Summing Up: Recommended. Undergraduate students and general readers.” (J. Z. Kiss, Choice, Vol. 49 (6), February, 2012)
Buy options