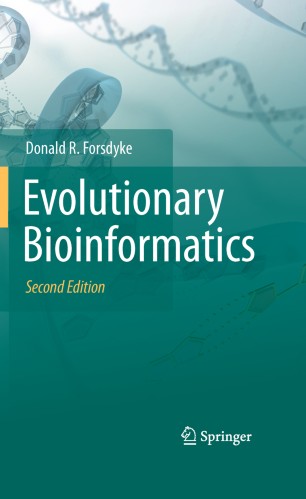 Evolutionary Bioinformatics aims to make the "new" information-based (rather than gene-based) bioinformatics intelligible both to the "bio" people and the "info" people. Books on bioinformatics have traditionally served gene-hunters, and biologists who wish to construct family trees showing tidy lines of descent. While dealing extensively with the exciting topics of gene discovery and database-searching, such books have hardly considered genomes as information channels through which multiple forms and levels of information have passed through the generations. This "new bioinformatics," contrasts with the "old" gene-based bioinformatics that so preoccupies previous texts. Evolutionary Bioinformatics extends a line of evolutionary thought that leads from the nineteenth century (Darwin, Butler, Romanes, Bateson), through the twentieth (Goldschmidt, White), and into the twenty first (the final works of the late Stephen Jay Gould). Long an area of controversy, diverging views may now be reconciled. The book is unique in emphasising non-genic aspects of bioinformatics, and linking modern evolutionary biology to a history that extends back to the nineteenth century. Forms of information that we are familiar with (mental, textual) are related to forms we are less familiar with (hereditary).