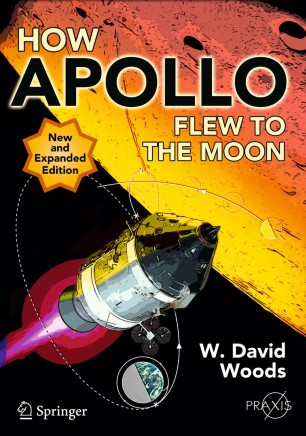 How Apollo Flew to the Moon

This new and expanded edition of the bestselling How Apollo Flew to the Moon tells the exciting story of how the Apollo missions were conducted and follows a virtual flight to the Moon and back. New material includes:

- the exploration of the lunar surface;
- more illustrations;
- more technical explanations and anecdotes.

From launch to splashdown, hitch a ride in the incredible Apollo spaceships, the most sophisticated machines of their time. Explore each step of the journey and glimpse the enormous range of disciplines, techniques, and procedures the Apollo crews had to master. Although the tremendous technological accomplishments are well documented, the human dimension is not forgotten, and the book calls on the testimony of the people who were there at the time. A wealth of fascinating and accessible material is provided, including: the role of the powerful Saturn V; the reasoning  behind trajectories; the day-to-day concerns of human and spacecraft health; the triumphs and difficulties of working in an unforgiving and hostile environment while surrounded by hard vacuum and pernicious dust; and the sheer daring that was involved in traveling to the Moon in the mid-20th century.