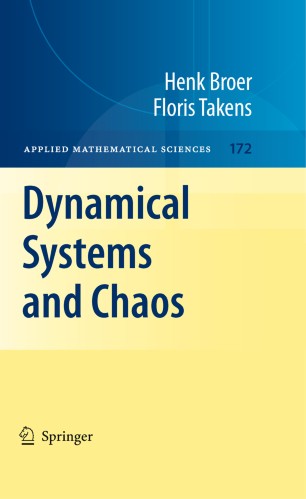 Over the last four decades there has been extensive development in the theory of dynamical systems. This book starts from the phenomenological point of view reviewing examples. Hence the authors discuss oscillators, like the pendulum in many variation including damping and periodic forcing , the Van der Pol System, the Henon and Logistic families, the Newton algorithm seen as a dynamical system and the Lorenz and Rossler system are also discussed. The phenomena concern equilibrium, periodic, multi- or quasi-periodic and chaotic dynamic dynamics as these occur in all kinds of modeling and are met both in computer simulations and in experiments. The application areas vary from celestial mechanics and economical evolutions to population dynamics and climate variability. The book is aimed at a broad audience of students and researchers. The first four chapters have been used for an undergraduate course in Dynamical Systems and material from the last two chapters and from the appendices has been used for master and PhD courses by the authors. All chapters conclude with an exercise section. One of the challenges is to help applied researchers acquire background for a better understanding of the data that computer simulation or experiment may provide them with the development of the theory. Henk Broer and Floris Takens, professors at the Institute for Mathematics and Computer Science of the University of Groningen, are leaders in the field of dynamical systems. They have published a wealth of scientific papers and books in this area and both authors are members of the Royal Netherlands Academy of Arts and Sciences (KNAW).