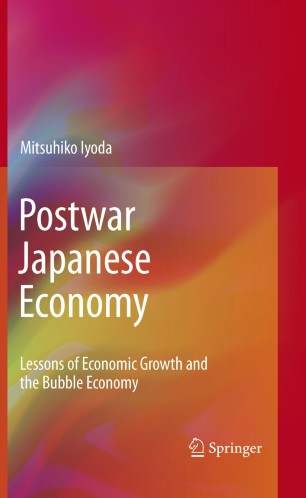 Lessons of Economic Growth and the Bubble Economy

Since the end of World War II, the Japanese economy has seen rapid changes and remarkable progress. It has also experienced a bubble economy and period of prolonged stagnation. The book seeks to address three major questions: What kind of changes have taken place in the postwar years? In what sense has there been progress? What lessons can be drawn from the experiences? The book is organized as follows: It begins with an overview of the postwar Japanese economy, using data to highlight historical changes. The four major economic issues in the postwar Japanese economy (economic restoration, rapid economic growth, the bubble economy and current topics) are addressed, with particular focus on the meaning of economic growth and the bubble economy. The next chapters examine the important economic issues for Japan related to a welfare-oriented society, including income distribution, asset distribution, and the relative share of income. Another chapter deals with the household structure of Japan, the pension issue, and the importance of the effect of demographic change on income distribution. The final chapter gives a brief summary, examines quality of life as a lesson of this research, and briefly outlines a proposal for a basic design towards achieving a high satisfaction level society. This book will be of interest to economists, economic historians and political scientists and would be useful as a text for any course on the Japanese economy.