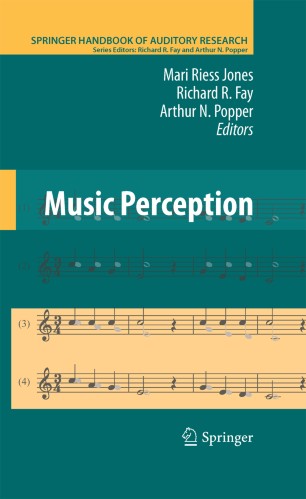 This volume presents an overview of a relatively new field of psychoacoustic and hearing research that involves perception of musical sound patterns. The material is considered in a set of chapters that reflect the current status of scientific scholarship related to music perception.  Each chapter aims at synthesizing a range of findings associated with one of of several major research areas in the field of music perception.

About the Series: The Springer Handbook of Auditory Research presents a series of synthetic reviews of fundamental topics dealing with auditory systems. Each volume is independent and authoritative; taken as a set, this series is the definitive resource in the field.