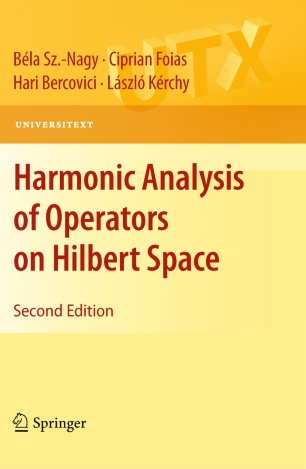 The existence of unitary dilations makes it possible to study arbitrary contractions on a Hilbert space using the tools of harmonic analysis.  The first edition of this book was an account of the progress done in this direction in 1950-70.  Since then, this work has influenced many other areas of mathematics, most notably interpolation theory and control theory.

This second edition, in addition to revising and amending the original text, focuses on further developments of the theory.  Specifically, the last two chapters of the book continue and complete the study of two operator classes: operators whose powers do not converge strongly to zero, and operators whose functional calculus (as introduced in Chapter III) is not injective.  For both of these classes, a wealth of material on structure, classification and invariant subspaces is included in Chapters IX and X.  Several chapters conclude with a sketch of other developments related with (and developing) the material of the first edition.