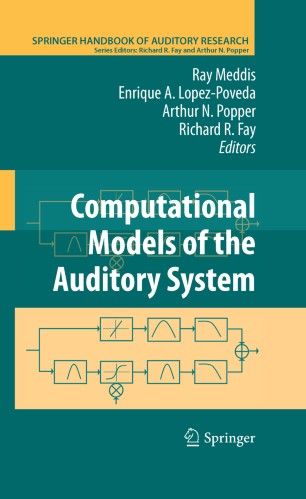 Computational Models of the Auditory System

This volume, Computational Models of the Auditory System, has as a systems approach where the focus is on studies which contribute to the big picture of hearing. In effect, the work covered in this volume, and the volume itself, builds a global model of audition. The chapters, rather than focusing on details of individual components of the hearing system, address the concerns of readers and researchers who want to know how the auditory system works as a whole.