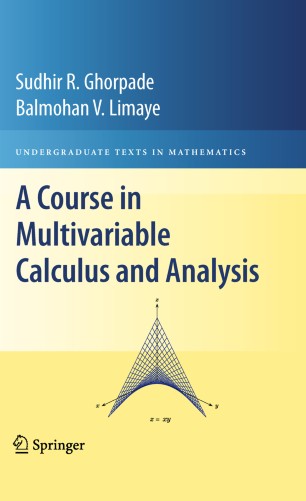 A Course in Multivariable Calculus and Analysis

This book is distinguished from others on the subject: it examines topics not typically covered, such as monotonicity, bimonotonicity, and convexity, together with their relation to partial differentiation, cubature rules for approximate evaluation of double integrals, and conditional as well as unconditional convergence of double series and improper double integrals. Moreover, the emphasis is on a geometric approach to such basic notions as local extremum and saddle point.

Each chapter contains detailed proofs of relevant results, along with numerous examples and a wide collection of exercises of varying degrees of difficulty, making the book useful to undergraduate and graduate students alike. There is also an informative section of "Notes and Comments’’ indicating some novel features of the treatment of topics in that chapter as well as references to relevant literature. The only prerequisite for this text is a course in one-variable calculus.