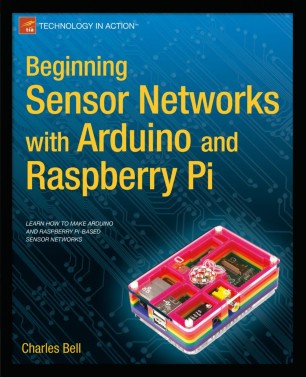 First you'll learn about the different types of sensors and sensor networks, including how to build a simple XBee network. Then you'll walk through building an Arduino-based temperature sensor and data collector, followed by building a Raspberry Pi-based sensor node.

Next you'll learn different ways to store sensor data, including writing to an SD card, sending data to the cloud, and setting up a Raspberry Pi MySQL server to host your data. You even learn how to connect to and interact with a MySQL database server directly from an Arduino! Finally you'll learn how to put it all together by connecting your Arduino sensor node to your new Raspberry Pi database server.