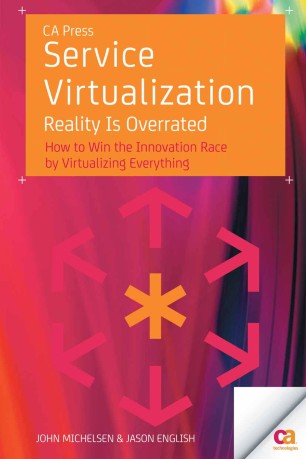 Software drives innovation and success in today’s business world. Yet critical software projects consistently come in late, defective, and way over budget. So what’s the problem?

Get ready for a shock, because the answer to the problem is to avoid reality altogether. A new IT practice and technology called Service Virtualization (SV) is industrializing the process of simulating everything in our software development and test environments. Service Virtualization is a method to emulate the behavior of  components in heterogeneous applications such as "Service-Oriented Architectures" (SOA). Yes, fake systems are even better than the real thing for most of the design and development lifecycle, and SV is already making a huge impact at some of the world’s biggest companies.

Service Virtualization: Reality Is Overrated is the first book to present this powerful new method for simulating the behavior, data, and responsiveness of specific components in complex applications. By faking out dependency constraints, SV delivers dramatic improvements in speed, cost, performance, and agility to the development of enterprise application software.

Writing for executive and technical readers alike, SV inventor John Michelsen and Jason English capture lessons learned from the first five years of applying this game-changing practice in real customer environments. Other industries—from aviation to medicine—already understand the power of simulation to solve real-world constraints and deliver new products to market better, faster, and cheaper. Now it’s time to apply the same thinking to our software.