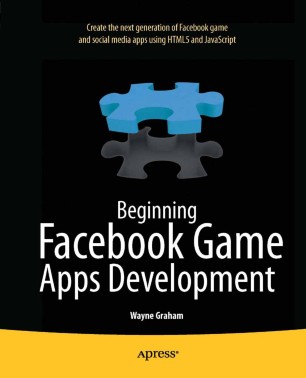 Today's Facebook is emerging to become tomorrow's operating system, according to some. Certainly, a WebOS. Web standards-based apps using HTML5, JavaScript, CSS3 and more are now possible on Facebook. Why not get started with developing and selling Facebook game apps on Facebook's App Store?

Beginning Facebook Game Apps Development gets you started with building your first game apps that run on Facebook. Become your own "Zynga" and create your own "Civilization" or "Farmville" and more. Build rich Web-based apps that you can sell on Facebook's App Store.

Because these apps are built on Web standards, you can build and run on many browsers and—more interestingly—more computers, tablets, smartphones and even other devices and appliances that are Web-connected or enabled.