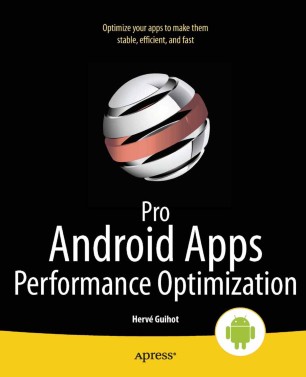 Today's Android apps developers are often running into the need to refine, improve and optimize their apps performances. As more complex apps can be created, it is even more important for developers to deal with this critical issue.

Android allows developers to write apps using Java, C or a combination of both with the Android SDK and the Android NDK. Pro Android Apps Performance Optimization reveals how to fine-tune your Android apps, making them more stable and faster. In this book, you'll learn the following:

After reading and using this book, you'll be a better coder and your apps will be better-coded. Better-performing apps mean better reviews and eventually, more money for you as the app developer or your indie shop.