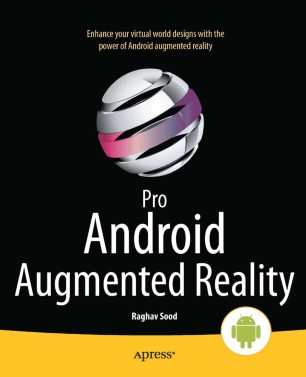 Augmented reality (AR) offers a live direct or indirect view of a physical, real-world environment, where the elements and surroundings are augmented by computer-generated sensory input such as graphics and GPS data. It makes a game more real. Your social media app puts you where want to be or go.

Pro Android Augmented Reality walks you through the foundations of building an augmented reality application. From using various software and Android hardware sensors, such as an accelerometer or a magnetometer (compass), you'll learn the building blocks of augmented reality for both marker- and location-based apps.

Case studies are included in this one-of-a-kind book, which pairs nicely with other Android development books. After reading Pro Android Augmented Reality, you'll be able to build augmented reality rich media apps or integrate all the best augmented reality into your favorite Android smartphone and/or tablet.