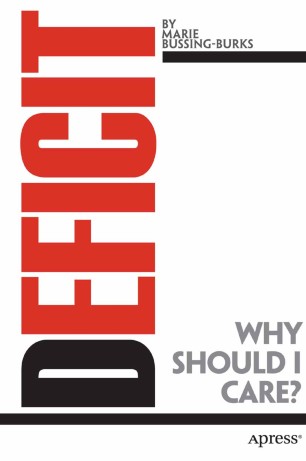 Why Should I Care?

At the turn of this century, the American national debt stood at just under $6 trillion and the deficit at a "mere" $86 billion. Today, the national debt has topped $14 trillion, and the yearly deficit for 2011 is projected at a whopping $1.4 trillion.

According to the U.S. Treasury Department's Annual Report on the Public Debt, the debt is estimated to hit $19.6 trillion by 2015. The federal government has borrowed roughly 40 percent of its total budget for the last several years, a disturbing trend that could leave the U.S. in an economic crisis. Astronomical interest payments, a debt burden to your children and grandchildren, and an increased reliance on foreign creditors are just a few of the problems. Although the U.S. has experienced soaring unemployment, stagnant production, and a crippled housing market, foremost on economists' minds are rising deficits and ballooning debt. Others feel fears of the national debt are overblown or pale in comparison to today's economic problems.

This clear, concise book will give you the need-to-know on the debt. You will learn:

And many more practical insights into the government debt controversy.

Business professionals, parents, retirees, and students are all talking about the debt. This quick read will provide an understanding of the ramifications of the rising debt and what the consequences may be.

Marie Bussing-Burks is an assistant professor of economics at the College of Business of the University of Southern Indiana, where she teaches economics, focusing on microeconomics, macroeconomics, history of economic thought, and money and banking. She holds a master's degree in business administration and a doctorate of arts in economics. Bussing-Burks is the author of The Young Zillionaire's Guide to Taxation and Government Spending (2000), Profit from the Evening News: Using Leading Economic Indicators to Make Smart Money Decisions (2001), Influential Economists (2003), Money for Minors: A Student s Guide to Economics (2008), and Starbucks: Corporations that Changed the World (2009). She has more than 30 newspaper, magazine and journal articles to her credit. Bussing-Burks serves on the boards of the USI Foundation, Evansville Commerce Bank, and St. Mary's Health System.