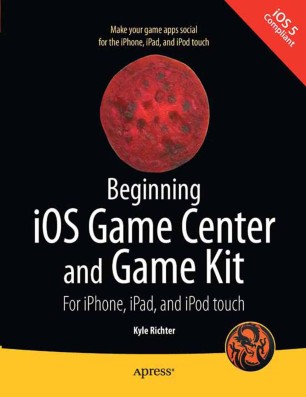 Implementing a leaderboard and achievement system has never been so simple! Gone are the days of writing your own server. You'll also see how to easily add advanced networking concepts like VoIP support in hours, not days.

Learn how to quickly implement many advanced social networking concepts into your apps. You'll be guided through the process of creating a custom Game Center Manager class that can be rapidly deployed into any of your new or existing projects. Furthermore, learn how to avoid pitfalls commonly encountered by new Game Center developers.

Kyle Richter started writing code in the early 90's on the Commodore 64, and soon after progressed to a Mac SE. Since then he has been dedicated to working exclusively with Apple products. In 2004 Kyle Richter founded Dragon Forged Software to release a new shareware title. Since that time Dragon Forged has grown into a much larger entity which now provides custom software and training. Dragon Forged was behind the release of the first iOS trivia game, as well as the first game to support true non-local multiplayer. He also worked on other popular iOS titles such as Handshake and Transactions. Kyle has devoted the last couple of years to managing Dragon Forged Software and writing custom software for corporations and startups. He is also a frequent speaker on software development and entrepreneurship at technology conferences and other events across the globe. Kyle is an outspoken supporter of the indie development community and spends a considerable amount of time moderating and contributing to various software development forums. In his spare time he enjoys traveling, nature, and sport shooting. He can be found on twitter @kylerichter.