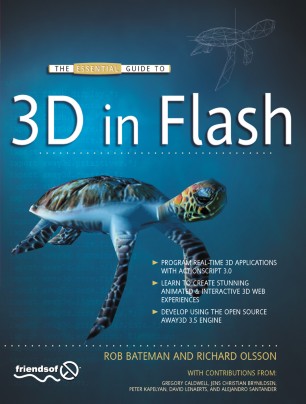 The Essential Guide to 3D in Flash

If you are an ActionScript developer or designer and you would like to work with 3D in Flash, this book is for you. You will learn the core Flash 3D concepts, using the open source Away3D engine as a primary tool. Once you have mastered these skills, you will be able to realize the possibilities that the available Flash 3D engines, languages, and technologies have to offer you with Flash and 3D.