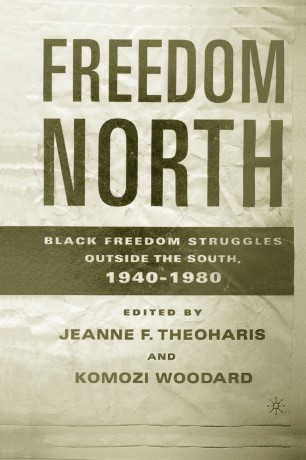 The civil rights movement occupies a prominent place in popular thinking and scholarly work on post-1945 U.S. history. Yet the dominant narrative of the movement remains that of a nonviolent movement born in the South during the 1950s that emerged triumphant in the early 1960s, only to be derailed by the twin forces of Black Power and white backlash when it sought to move outside the South after 1965. African American protest and political movements outside the South appear as ancillary and subsequent to the 'real' movement in the South, despite the fact that black activism existed in the North, Midwest, and West in the 1940s, and persisted well into the 1970s. This book brings together new scholarship on black social movements outside the South to rethink the civil rights narrative and the place of race in recent history. Each chapter focuses on a different location and movement outside the South, revealing distinctive forms of U.S. racism according to place and the varieties of tactics and ideologies that community members used to attack these inequalities, to show that the civil rights movement was indeed a national movement for racial justice and liberation.

"Congratulations to the historians whose essays here expand and reorient the vision of radical black protests and organizing. Freedom North opens a pathway to a more coherent and holistic grasp of the scope of black resistance. " - Kathleen Cleaver, Emory University Law School

"This is a very significant addition to recent revisionist scholarship on the civil rights movement. Arguing persuasively that most popular and academic conceptions of Black struggle have been drawn overwhelmingly from images of the struggle in the South, it demonstrates that once we think more broadly about what the movement was and where it was, a series of familiar analytical dichotomies do not in fact have the analytical value they have been presumed to have." - Charles Payne, Duke University

"Not since Martha and the Vandellas have the streets of Northern cities inspired such lyrical calls to freedom. Freedom North shoves aside shopworn and misleading binaries between Southern nonviolent direct action and Northern urban revolt; between longsuffering Southern saints and militant Northern radicals; between de jure and de facto segregation; between liberal reformism and black nationalist revolution; between culture and politics. These essays dance through the streets of New York, Chicago, Newark, Boston, Oakland, Los Angeles - don't forget the Motor City! - and leave us ready for a brand new beat. Freedom North is the horn section of a whole new movement history." - Timothy B. Tyson, University of Wisconsin-Madison

"Books like this, which begin to sort out and analyze the real interiors and contours of Afro-American history and experience, are the paradigm for the new beginning of a much needed cultural revolution, not only for black people but for any Americans struggling for a U.S. Peoples Democracy. " - Amiri Baraka