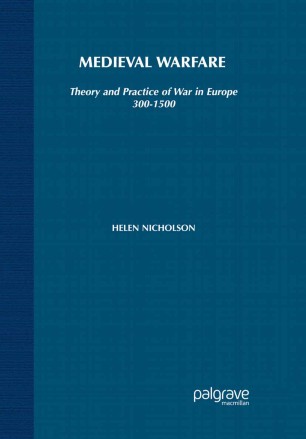 Warfare in medieval times was never static or predictable - although there were ideals and conventions to follow, in the field commanders had to use their initiative and adapt to the needs of the moment. In this concise, wide-ranging study, Helen Nicholson provides the essential introductory guide to a fascinating subject.

Medieval Warfare
- surveys and summarises current debates and modern research into warfare throughout the whole of the medieval period across Europe
- sets medieval warfare theory and practice firmly into context as a continuation and adaptation of practice under the Roman Empire, tracing its change and development across more than a millennium
- considers military personnel, buildings and equipment, as well as the practice of warfare by land and sea