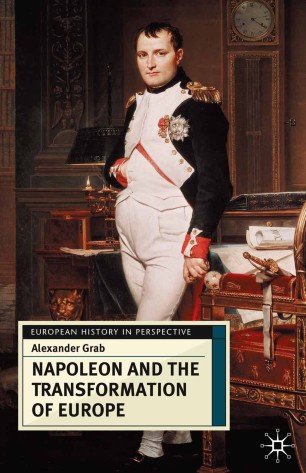 Napoleon and the Transformation of Europe

Creating a French Empire and establishing French dominance over Europe constituted Napoleon's most important and consistent aims. In this fascinating book, Alexander Grab explores Napoleon's European policies, as well as the response of the European people to his rule, and demonstrates that Napoleon was as much a part of European history as he was a part of French history.

Napoleon and the Transformation of Europe:
- examines the formation of Napoleon's Empire, the Emporer's impact throughout Europe, and how the Continent responded to his policies
- focuses on the principal developments and events in the ten states that comprised Napoleon's Grand Empire: France itself, Belgium, Germany, the Illyrian Provinces, Italy, the Netherlands, Poland, Portugal, Spain, and Switzerland
- analyses Napoleon's exploitation of occupied Europe
- discusses the broad reform policies Napoleon launched in Europe, assesses their success, and argues that the French leader was a major reformer and a catalyst of modernity on a European scale