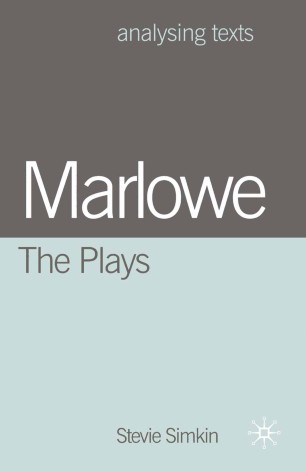 Christopher Marlowe was the most successful dramatist of his time, his untimely death cutting short a career that may well have rivalled Shakespeare's. His four major works (Doctor Faustus, Edward II, The Jew of Malta and Tamburlaine) are remarkable pieces of theatre, daring explorations of themes such as the nature of kingship, salvation and damnation, sexuality and ethnic prejudice. This book looks in depth at extracts from each of the plays, exploring them in parallel to uncover key concerns, including heroes and anti-heroes, gender and power and politics.

As well as guiding readers in an understanding of the place of these issues in their Elizabethan context, and inviting them to consider their resonance today, the book looks in depth at Marlowe's style: his use of rhythm, the complexities and richness of his poetry, and his evolving development of 'character'. Particular attention is given throughout to the plays in performance.