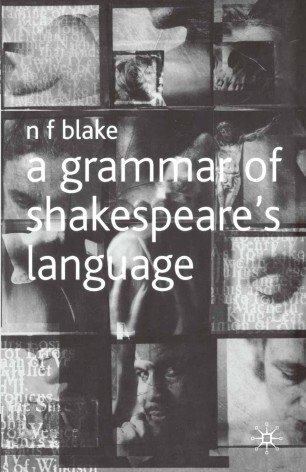 A Grammar of Shakespeare’s Language

When you read Shakespeare or watch a performance of one of his plays, do you find yourself wondering what it was he actually meant? Do you consult modern editions of Shakespeare's plays only to find that your questions still remain unanswered?

A Grammar of Shakespeare's Language, the first comprehensive grammar of Shakespeare's language for over one hundred years, will help you find out exactly what Shakespeare meant.
Steering clear of linguistic jargon, Professor Blake provides a detailed analysis of Shakespeare's language. He includes accounts of the morphology and syntax of different parts of speech, as well as highlighting features such as concord, negation, repetition and ellipsis. He treats not only traditional features such as the make-up of clauses, but also how language is used in various forms of conversational exchange, such as forms of address, discourse markers, greetings and farewells. This book will help you to understand much that may have previously seemed difficult or incomprehensible, thus enhancing your enjoyment of his plays.