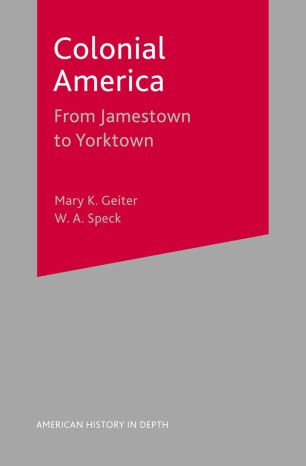 From Jamestown to Yorktown

Colonial America deals with the development of the American colonies from the first permanent settlement at Jamestown to the independence of the thirteen which became the USA. Instead of anticipating the birth of a nation, as is too often the case, Mary K. Geiter and W. A. Speck treat the history of the colonies as part of the wider history of the British Empire. They also include in their discussion those colonies which did not rebel against British rule, such as the islands in the West Indies.

Using this valuable and informative approach to the study of the American colonies, Geiter and Speck demonstrate how Britain and America shared a common history for nearly two hundred years.