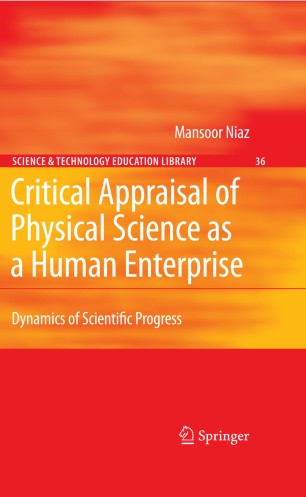 Critical Appraisal of Physical Science as a Human Enterprise

The objective of this book is to reconstruct historical episodes and experiments that have been important in scientific progress, and to explore the role played by controversies and rivalries among scientists. Although progress in science has been replete with controversies, scientists themselves either ignore or simply downplay their role. Such presentations lack the appreciation of the dynamics of ‘science-in-the-making’. This book provides methodological guidelines - based on a historical perspective of philosophy of science- that facilitate an understanding of historical episodes beyond that of inductive generalizations. These guidelines suggest that progress in science is not merely based on the accumulation of experimental data, but rather dependent on the creative imagination of the scientific community. This work shows that interpretation of experimental data is difficult and inevitably leads to alternative models/theories thus facilitating the understanding of science as a human enterprise.