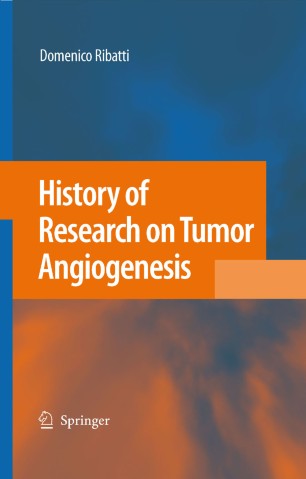 History of Research on Tumor Angiogenesis

In 1971, J. Folkman published in the "New England Journal of Medicine" a hypothesis that tumor growth is angiogenesis-dependent. Folkman introduced the concept that tumors probably secrete diffusible molecules that could stimulate the growth of new blood vessels toward the tumor and that the resulting tumor neovascularization could conceivably be prevented or interrupted by angiogenesis inhibitors. Solid and haematological tumors consist of an avascular and a subsequent vascular phase. Assuming that this depends on the release of angiogenic factors, acquisition of angiogenic capability can be seen as an expression of progression from neoplastic transformation to tumor growth and metastasis.

Beginning in the 1980's, the biopharmaceutical industry began exploiting the field of antiangiogenesis for creating new therapeutic compounds for modulating new blood vessels in tumor growth. In 2004, Avastin (Bevacizumab), a humanized anti-VEGF monoclonal antibody, was the first angiogenesis inhibitor approved by the Food and Drug Administration for the treatment of colorectal cancer. At present, it has been estimated that over 20,000 cancer patients worldwide have received experimental form of antiangiogenic therapy.

This book offers a historical account of the relevant literature. It also emphasizes the crucial and paradigmatic role of angiogenesis as a biological process and the significance of antiangiogenic approach for the treatment of tumors.