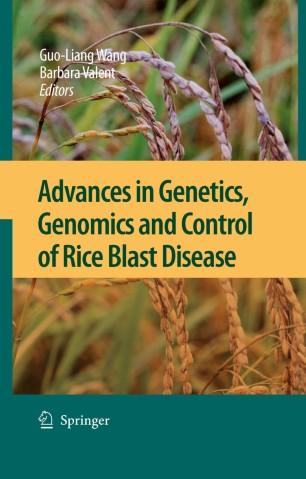 Advances in Genetics, Genomics and Control of Rice Blast Disease

Rice blast, caused by the fungal pathogen Magnaporthe grisea, is one of the most destructive rice diseases worldwide and destroys enough rice to feed more than 60 million people annually. Due to high variability of the fungal population in the field, frequent loss of resistance of newly-released rice cultivars is a major restraint in sustainable rice production. In the last few years, significant progress has been made in understanding the defense mechanism of rice and pathogenicity of the fungus. The rice blast system has become a model pathosystem for understanding the molecular basis of plant-fungal interactions due to the availability of both genomes of rice and M. grisea and a large collection of genetic resources. This book provides a complete review of the recent progress and achievements on genetic, genomic and disease control of the disease. Most of the chapters were presented at the 4th International Rice Blast Conference held on October 9-14, 2007 in Changsha, China. This book is a valuable reference not only for plant pathologists and breeders working on rice blast but also for those working on other pathysystems in crop plants.