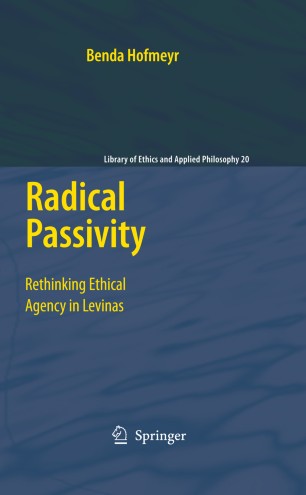 Part of the Library of Ethics and Applied Philosophy book series (LOET, volume 20)

Levinas’s ethical metaphysics is essentially a meditation on what makes ethical agency possible – that which enables us to act in the interest of another, to put the well-being of another before our own. This line of questioning found its inception in and drew its inspiration from the mass atrocities that occurred during the Second World War. The Holocaust , like the Cambodian genocide, or those in Rwanda and Srebrenica, exemplifies what have come to be known as the ‘never again’ situations. After these events, we looked back each time, with varying degrees of incomprehension, horror, anger and shame, asking ourselves how we could possibly have let it all happen again. And yet, atrocity crimes are still rampant. After Rwanda (1994) and Bosnia-Herzegovina (1992–1995), came Kosovo (1999) and Darfur (2003). In our present-day world , hate crimes motivated by racial, sexual, or other prejudice, and mass hate such as genocide and terror, are on the rise (think, for example, of Burma, Zimbabwe, Sri Lanka and North Korea). A critical revaluation of the conditions of possibility of ethical agency is therefore more necessary than ever. This volume is committed to the possibility of ‘never again’. It is dedicated to all the victims – living and dead – of what Levinas calls the ‘sober, Cain-like coldness’ at the root of all crime against humanity , as much as every singular crime against another human being .