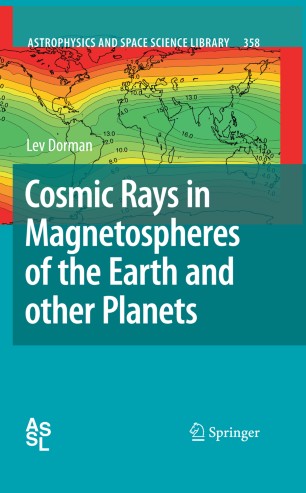 Cosmic Rays in Magnetospheres of the Earth and other Planets

This monograph describes the behaviour of cosmic rays in the magnetosphere of the Earth and of some other planets. Recently this has become an important topic both theoretically, because it is closely connected with the physics of the Earth’s magnetosphere, and practically, since cosmic rays determine a significant part of space weather effects on satellites and aircraft.

–    Cosmic ray latitude-longitude surveys on ships, trains, tracks, planes, balloons and satellites for determining the planetary distribution of the intensity of cosmic rays and how it changes with time

–    The behaviour of cosmic rays in the atmospheres and magnetospheres of Venus, Mars, and Jupiter.

The work concludes with a discussion of future developments and unsolved problems and contains a list of about thousand full references.

This book will be of great interest to experts and students in cosmic ray research, solar-terrestrial physics, magnetosphere physics, and space physics.