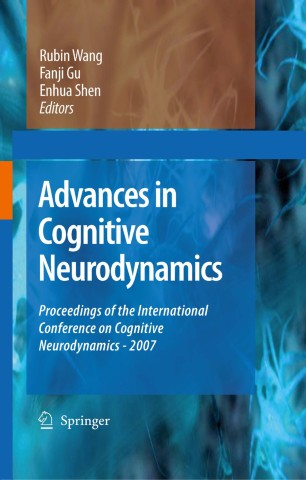 Proceedings of the International Conference on Cognitive Neurodynamics. ICCN 2007 Proceedings

Fifty years ago, enthused by successes in creating digital computers and the DNA model of heredity, scientists were con?dent that solutions to the problems of und- standing biological intelligence and creating machine intelligence were within their grasp. Progress at ?rst seemed rapid. Giant ‘brains’ that ?lled air-conditioned rooms were shrunk into briefcases. The speed of computation doubled every two years. What these advances revealed is not the solutions but the dif?culties of the pr- lems. We are like the geographers who ‘discovered’ America, not as a collection of islands but as continents seen only at shores and demanding exploration. We are astounded less by the magnitude of our discoveries about how brains cogitate than by the enormity of the tasks we have undertaken, to explain and replicate the higher functions of brains. Five decades of brain research have led to the emergence of a new ?eld, which spans the entire range of brain cognition from quantum ?elds to social interactions, and which is combined by the conceptions of nonlinear neurodynamics operating simultaneously at and across all levels. A new breed of scientists has emerged, schooled in multiple academic disciplines, comfortable in working with data from different levels, and conversant with the mathematical tools that are essential to cross boundaries.