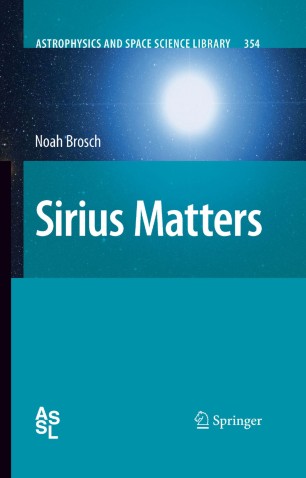 Since very early times Sirius was a point of attraction in the night sky. It served to synchronize calendars in antiquity and was the subject of many myths and legends, including some modern ones. It was perceived as a red star for more than 400 years, but such reports were relegated to the Mediterranean region. Astronomically, Sirius is a very bright star. This, and its present close distance to us, argues in favor of it being the target of detailed studies of stellar structure and evolution. Its binary nature, with a companion that is one of the more massive white dwarfs, is an additional reason for such studies. This book collects the published information on Sirius in an attempt to derive a coherent picture of how this system came to look as it does.