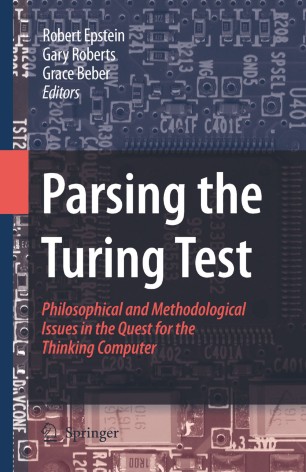 Philosophical and Methodological Issues in the Quest for the Thinking Computer

Parsing the Turing Test is a landmark exploration of both the philosophical and methodological issues surrounding the search for true artificial intelligence. Will computers and robots ever think and communicate the way humans do? When a computer crosses the threshold into self-consciousness, will it immediately jump into the Internet and create a World Mind? Will intelligent computers someday recognize the rather doubtful intelligence of human beings? Distinguished psychologists, computer scientists, philosophers, and programmers from around the world debate these weighty issues – and, in effect, the future of the human race – in this important volume.