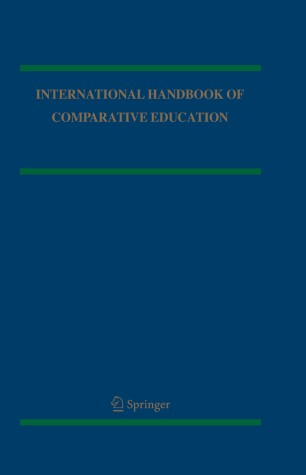 A big project like this Handbook means that you incur debts, and not only to your authors and your publisher. As editors we, along with our colleague Elaine Unterhalter who edited the section on postcolonialism, would like to thank most warmly those authors who delivered on time, and who did not fuss but just got on and did a ? r- rate job. We would also like to thank all authors who did deliver – which was almost everyone we asked. We know that some of our authors worked in very dif? cult private circumstances as they were ? nishing their chapters and we hope the publication of the Volumes will, later, be for them a happy reminder of dif? culties and disasters overcome. The only sad theme is that some very close colleagues, with whom we were wo- ing and for whom we had the greatest respect and liking, became very ill (and died) while the volumes were being prepared. We decided to ask for copyright permissions to publish something of theirs. These permissions were graciously given by two major journals and with the agreement also of our publishers Springer, Rolland Paulston and Terry McLaughlin have examples of their writing in this Handbook.