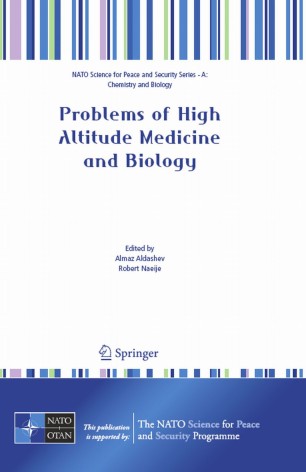 The major characteristic pathological findings of pulmonary vascular remodelling are increased wall thickening of pulmonary vessels and mus- larization of small arteries. In laboratory animals, decreased ambient oxygen concentrations cause similar pathological findings, including pulmonary smooth muscle hypertrophy and proliferation [22,23]. It has been suggested that proliferation of pulmonary arterial smooth muscle cells (PASMC) is a key component of pulmonary vascular remodelling, and several in vitro studies have also addressed that exposure to hypoxia can stimulate prolife- tion of PASMC [13,4,1]. The proliferation of the PASMC begins when the cells enter into the cell cycle. The most important molecular event necessary for the progress of the cell cycle is phosphorylation of retinoblastoma protein by cyclin-dependent kinase (CDK)-cyclin complexes. The CDK activity can be inhibited by CDK inhibitors and the expression of CDK inhibitor is a major regulator of the transition between each phase of the cell cycle [7]. Previous studies have noted that CDK inhibitor p27 plays an important role in the inhibition of the CDK activity and proliferation in vascular smooth muscle cells [2,3]. The G1 phase in severe hypoxia is suggested to involve the CKI p27, because the expression of p27 increased in several cell-lines when they were exposed to extreme hypoxia [20,5]. Previous reports indicate that hypoxia decreases the p27 expression in the murine lung [23,24] and we found that PGI2 suppresses hypox- induced proliferation of PASMC and maintains p27 in PASMC [20].