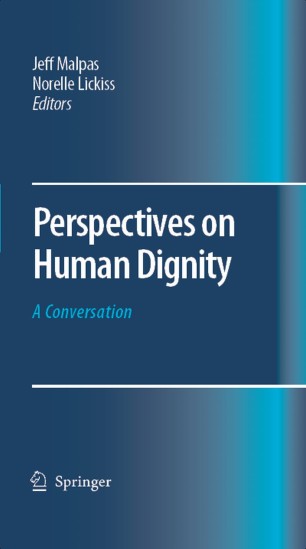 Perspectives on Human Dignity: A Conversation

The idea of human dignity is central to any reflection on the nature of human worth, and has become a key concept in international and national law, in medical ethics, and in much philosophical and political theory. However, the idea is a complex one that also takes on many different forms. This collection explores the idea of human dignity as it arises within these many different domains, opening up the possibility of a multidisciplinary conversation that illuminates the concept itself, as well as the idea of the human to which it stands in an essential relation. The book is not only an intriguing and stimulating exploration of human dignity from a range of perspectives, but also provides an important resource for those who wish to take the exploration further.