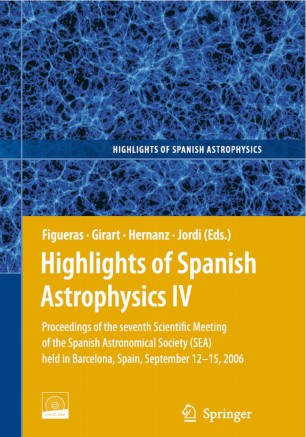 This volume documents the contributions presented at the Seventh Scientific Meeting of the Spanish Astronomical Society (Sociedad Española de Astronomía, SEA). The event bought together 301 participants who presented 161 contributed talks and 120 posters, the greatest numbers up to now. The fact that most exciting items of the current astronomical research were addressed in the meeting proofs the good health of the SEA, a consolidated organization founded fifteen years ago in Barcelona. Two plenary sessions of the meeting were devoted to the approved entrance of Spain as a full member of the European Southern Observatory (ESO) and to the imminent first light of the greatest telescope in the world, the GTC (Gran Telescopio de Canarias), milestones that will certainly lead the Spanish Astronomy in the next future.