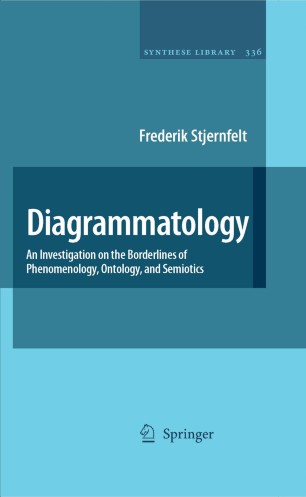 An Investigation On The Borderlines Of Phenomenology, Ontology, And Semiotics

Diagrammatology investigates the role of diagrams for thought and knowledge. Based on the general doctrine of diagrams in Charles Peirce's mature work, Diagrammatology claims diagrams to constitute a centerpiece of epistemology. The book reflects Peirce's work on the issue in Husserl's contemporanous doctrine of "categorial intuition" and charts the many unnoticed similarities between Peircean semiotics and early Husserlian phenomenology. Diagrams, on a Peircean account, allow for observation and experimentation with ideal structures and objects and thus furnish the access to the synthetic a priori of the regional and formal ontology of the Husserlian tradition.

The second part of the book focusses on three regional branches of semiotics: biosemiotics, picture analysis, and the theory of literature. Based on diagrammatology, these domains appear as accessible for a diagrammatological approach which leaves the traditional relativism and culturalism of semiotics behind and hence constitutes a realist semiotics

Diagrams will never be the same. A fascinating and challenging tour through phenomenology, biology, Peirce's theory of signs and Ingarden's ontology of literature, all neatly tied together through the guiding thread of the diagrammatical. A veritable tour de force.
Barry Smith, SUNY at Buffalo, U.S.A.

With his meticulous scholarship, Frederik Stjernfelt shows that Peirce and Husserl were cultivating a broad and fertile common ground, which was largely neglected by both the analytic and the continental philosophers during the 20th century and which promises to be an exciting area of research in the 21st.
John F. Sowa, Croton-on-Hudson, U.S.A.