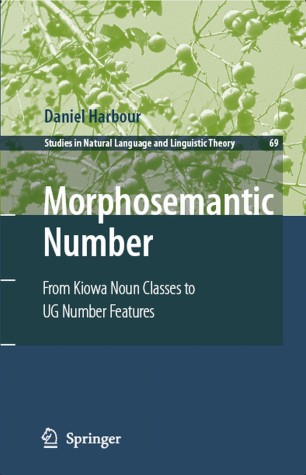 Number is a major research domain in semantics, syntax and morphology. However, no current theory of number is applicable to all three fields. In this work, Harbour argues that a unified theory is not only possible, but necessary for the study of Universal Grammar. Through insightful analysis of unfamiliar data, he shows that one and the same feature set is implicated in semantic and morphological number phenomena alike, with syntax acting as the conduit between the two. At the heart of the study is an original treatment of Kiowa, a North American language with a remarkable constellation of characteristics, including semantically based noun classification and complex agreement morphology.