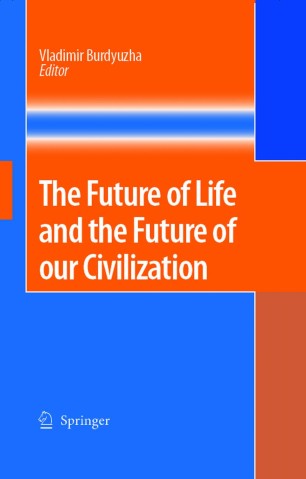 “ Our second Symposium The Future of Life and the Future of our Civili- tion” was held in May of 2005 year in Germany (Frankfurt am Main). The first one “The Future of the Universe and the Future of our Civilization” was held in July of 1999 year in Hungary (Budapest and Debrecen). The late professor George Marx from Eotvos University was Chairman of Local Organizing Committee (LOC) in Budapest. In Debrecen professor Denes Berenyi from Institute of Nuclear Research was Chairman of LOC. After Symposium in Hungary a thought was created to hold a new one to discuss the Future of Life. Practically 6 years came after Budapest’s meeting. At first the thought was to hold such Symposium in two stages. The Symposium might be begun in India (Rerikh’s places in Himalaya) and then might be continued in Greece since Greece is a motherland of our Civilization. But India and Greece were rejected owing to financial pr- lems. It is necessary to remember the late French professor Michel Bounias from University of Avignon who took in participation on all stages of organization of these Symposiums. Professors Jiannis Seiradakis also as and Athina Geronikaki of Thessaloniki University helped me very much before transfer of Symposium of Greece in Germany.