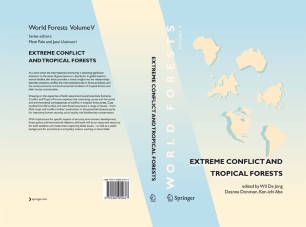 THE BEGINNINGS OF PIEZOELECTRICITY

A Study in Mundane Physics

Part of the BOSTON STUDIES IN PHILOSOPHY OF SCIENCE book series (BSPS, volume 246)

Involving electricity, elasticity, thermodynamics and crystallography, several scientific traditions and approaches and leading physicists, the history of piezoelectricity provides an advantageous perspective on late nineteenth century physics and its development. The beginnings of piezoelectricity, the first history of the subject, exhaustively examines how these diverse influences led to the discovery of the phenomenon in 1880, and how they shaped its subsequent research until the consolidation of an empirical and theoretical knowledge of the field circa 1895. It studies a particular subdiscipline representative of many similar ‘mundane’ branches of physics that did not bear revolutionary consequences beyond their field. Although most research is of this kind, such branches have rarely been studied by historians of science. Shaul Katzir’s historical account shows that this mundane science was an intriguing intellectual and practical enterprise, which involved, among other things, originality, surprises and controversies. Thereby, it displays the fruitfulness of studying such a field.

Employing exceedingly rich material Katzir gains interesting insights into the nature of scientific development from this history. Among the themes raised here are: the sources of a discovery, the interplay between molecular-atomistic and phenomenological approaches and between scientific practice and protagonists’ philosophy of science, the role of thermodynamic formulation, the interaction of different levels of theories with experiment, the use and design of qualitative versus precise quantitative experiments, the employment of symmetry in physics and the role of national and local experimental and theoretical traditions. Observations regarding these and other issues in this book portray an unexpected picture of turn of the century physics.