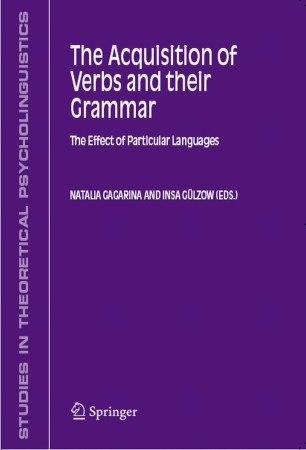 The Acquisition of Verbs and their Grammar: The Effect of Particular Languages

This volume investigates the linguistic development of children with regard to their knowledge of the verb and its grammar.

Findings are interpreted with a focus on cross-linguistic similarities and differences, without subscribing to either a UG-based or usage-based approach.

Currently debated topics, such as the role of frequency, as well as traditional ones such as bootstrapping are integrated into the presentation of language-specific, learner-specific and more general properties of the acquisition process.

The papers are united by their focus on discovering what determines rule-governed behavior in language learners who are coming to terms with the grammar of verbs.