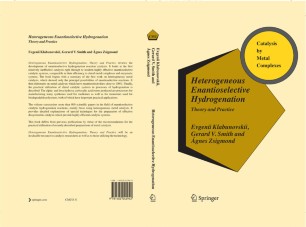 This book differs from previous publications by virtue of the recommendations for the practical utilization of recently described preparations of metal catalysts.

Heterogeneous Enantioselective Hydrogenation: Theory and Practice will be an invaluable resource to catalysis researchers as well as to those utilizing the technology.