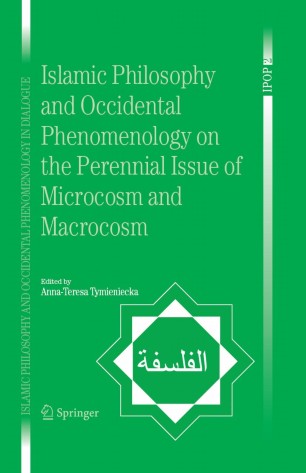 By proposing the Microcosm and Macrocosm analogy for dialogue between Islamic Philosophy and Occidental Phenomenology, the authors of this volume are reviving the perennial positioning of the human condition in the play of forces within and without the human being. This theme has run from Plato through the Middle Ages, Renaissance and Modernity, and has been ignored by contemporaries. It now acquires a new pertinence and striking significance due to the scientific discoveries into the "infinitely small" in life, on the one hand, and the prodigious technological discoveries of the "infinitely great" on the other. Both open up undreamt-of prospects for the continuing conquest of cosmic forces. The human person – thrown into turmoil by the new approaches to life and needing to acquire new habits of mind, having lost security of all beliefs – desperately seeks a new clarification of the Human Condition within the unity of everything-there-is, of cosmic forces, and of his destiny. The dialogue between Islamic Philosophy and phenomenology of life can show the way.