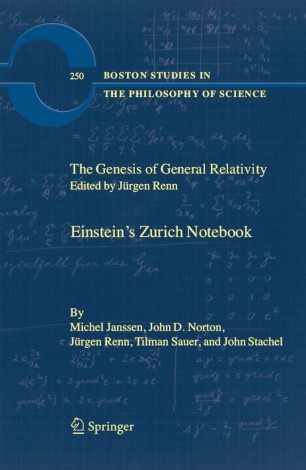 The Genesis of General Relativity

Part of the Boston Studies in the Philosophy of Science book series (BSPS, volume 250)

This four-volume work represents the most comprehensive documentation and study of the creation of general relativity; one of the fundamental physical theories of the 20th century. It comprises key sources from Einstein and others who from the late 19th to the early 20th century contributed to this monumental development. Some of these sources are presented here in translation for the first time. Einstein’s famous Zurich notebook, which documents the pivotal steps toward general relativity, is reproduced here for the first time and transcribed in its entirety. The volumes offer detailed commentaries and analyses of these sources that are based on a close reading of these documents supplemented by interpretations by the leading historians of relativity. All in all, the facets of this work, based on more than a decade of research, combine to constitute one of the most in-depth studies of a scientific revolution ever written.